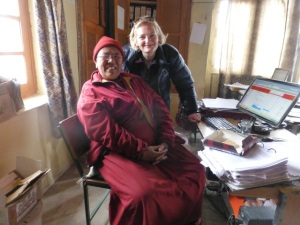 In Ladakh, northern India, a few days ago, I decided to walk from the city of Leh to Choglamsar Tibetan refugee camp, where I had taught for a summer, 30 years ago. It was five km, and I was determined not to ask the way.

I asked the way.

So much had changed. There had once been three shops, Now. Well, now there are more.

In the office I explained my story. The man looked blank until I mentioned the Buddhist nun who had shared her room with me in children’s house number 8. Then he jumped up and disappeared into another room. Ani Garab is here, he said.

And there she was! Still working there. Still laughing. Later I was shown House Number 8. Nothing had changed, the floorboards were the same, there was the little niche I put my books. OK there’s a water tap now, and OK the house mother room has a TV (which was playing MP3s of the Dalai Lama giving a Kalachakra teaching). 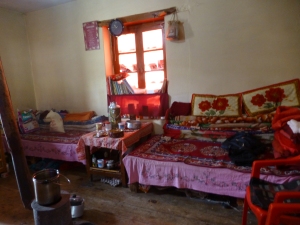 But as I sat there, drinking a cup of sweet tea, on the bed I used to sit on talking to the children, looking out at those floorboards, listening to the Dalai Lama laughing while teaching, I thought I could be 19 or I could be 49.

Or I could be my future self visiting again, remembering the ghost of me now. I just had to be still and let it happen. 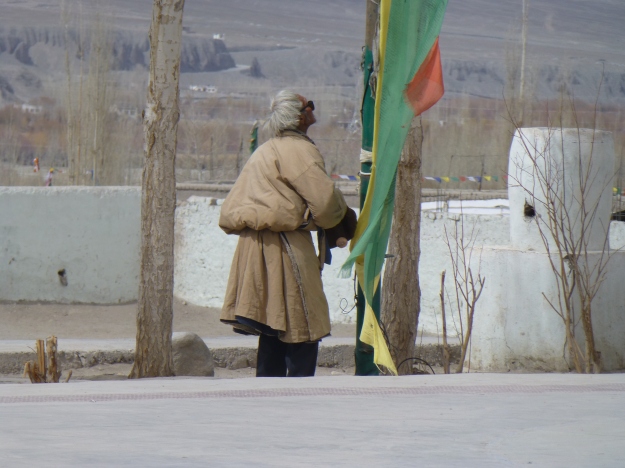 At the school, an old man raises a flag

2 thoughts on “On time and nuns and MP3s”